Most improvement initiatives will include some type of formal training program or informal educational process. After all, the broader team is being asked to do things differently in order to produce a different result. So, of course, they will need to learn all about the new practices, procedures, and expectations.

But there’s a hierarchical dynamic can really trip you up, if you let it…

You see, it’s not unusual for high-level executives to be excluded from the training and education around improvement initiatives. Sometimes, the execs will exclude themselves by just not showing up to the relevant meetings and sessions. Other times, however, the executives won’t even be invited in the first place.

As a result, you have untrained executives who are nevertheless in a position to derail or undo a lot of progress later on. They won’t mean to, of course. But they just won’t know any better.

For example, let’s say you’re working to improve your organization’s skills and capabilities around price negotiation. After assessing your needs and vetting various improvement paths, you decide to add a new, negotiation-specific training module to your required sales training regime. And as expected, every sales manager and rep goes through the initial training and begins receiving the ongoing refreshers and reminders.

But whatever the reason, the execs remain relatively untrained with respect to price negotiation. So when big deals rise to their level, they just aren’t equipped to make the best decisions. And while their subordinates may be trained to know better, they aren’t really in a position to argue or make their boss look bad.

After a while, the reps and managers may even learn from their bosses’ bad examples and choose to forsake their newly-acquired negotiation skills and knowledge as being irrelevant or unnecessary.

To counter this destructive dynamic, you have to recognize it as a threat to progress and take proactive steps to prevent it from happening. Here are some suggestions and tips:

While viewing your executives as a separate audience for training and education certainly adds another layer of complexity to any initiative, it is well worth the effort. It not only helps ensure that the initiative itself stays on track and goes as smoothly as possible; it’s an insurance policy against costly backsliding in the future. 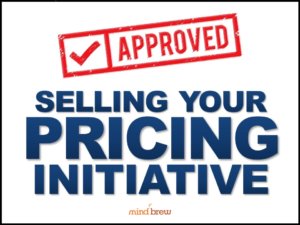 Want to get your pricing initiative approved? In this on-demand webinar, learn how to structure and deliver your investment "case" in such a way that approval is almost a foregone conclusion. 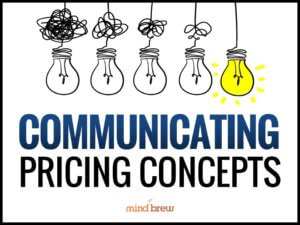 In this session, we discuss a variety of strategies, tactics, techniques for helping others in your organization understand "enough" about crucial pricing principles and practices so that you can do what needs to be done. Strategies and Tactics for Navigating the Ambiguity and Risk in Pricing